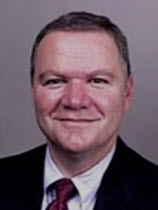 Prior to his position as Assistant Chief he held the position as Major, Criminal Law Enforcement, directing special projects for the department including the concept, design and operation of the Texas Fusion Center, the focal point for collection, analysis and dissemination of criminal information relating to terrorism and homeland security in Texas. Mr. Stone directed the department’s implementation plan for response to a WMD (Weapons of Mass Destruction) incident in Texas; this program trained and equipped over 4000 DPS officers to respond to a WMD event.

Mr. Stone held the position as President of the Texas Capitol Area Law Enforcement Officers Association and is a member of the Department of Public Safety Officers Association. He held the position of Vice President of the River City Scholarship Foundation, a nonprofit organization that raised funds for college scholarships. He served as a member of the Texas Homeland Security Council and is a former member of the FBI Dallas Infragard (National Infrastructure Protection) Board of Directors.